Former QCA Clerk Marian Hussenbux introduces an animal fostering service which has been close to her heart for over a decade.

The Endeavour Pets Project was set up in 1998 by Bolton-based charity Paws for Kids and they first came to my notice under that name in 2007, when they presented a paper at the Oxford Centre for Animal Ethics international conference on The Link Between Animal Abuse and Human Violence. I had not attended the conference myself, but as this is a subject of great concern to us all in the animal advocacy movement, I made it a priority to find out about their work.

I found this statement on their web site very touching

Many of the women and children are extremely distressed when we come to take their animals away. They are in a traumatic situation anyway, and probably fear handing their beloved pets over to total strangers. It is important to us to build a trusting relationship with them if we can, so that they are not going to be fretting about their animals. After all, they have enough worries already. Although they are not able to have direct contact with their animals while they are being fostered we keep them up to date with how they are, and we send them photos of their animals to reassure them.

I wrote a feature for QCA on their work in 2007 to bring them to the attention of our members and Friends generally. In June 2008, I had the pleasure of attending their 10th birthday celebration and opening of the new premises in Bolton. The guest of honour was Wendy Turner-Webster, a supporter of this excellent group over several years.  Robbie Marsland. the then director of IFAW, which supported Paws for Kids, also attended. (see p23 of our Autumn 2018 newsletter)

In the eleven years that I’ve been supporting Endeavour they have expanded their range of interest greatly, providing advice and help not just to families and their animals in need, but also to young people and to women of ethnic and religious backgrounds, who may have certain specialist needs. I was drawn towards them originally because their ethos highlighted the important connection between human and non-human animals, and how we might all, human and non-human, suffer in the same way due to circumstances beyond our control.

They are a wonderful team of people and I commend them for their excellent and greatly-appreciated service.

Endeavour’s CEO, Carole Marsden, tells us how domestic violence impacts all lives and how they work to alleviate the suffering of all. 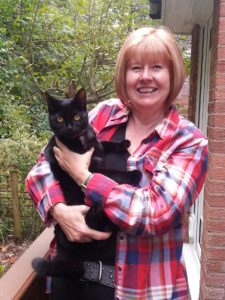 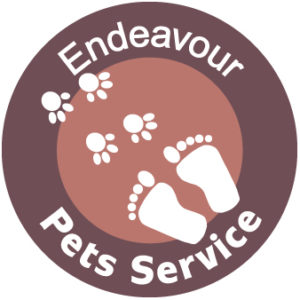 Our unique pet fostering service covers the North West and supports anyone escaping domestic abuse who has a companion animal in need of temporary fostering until such time as it is safe for them to be returned home to their families. It’s a programme designed to ensure that no member of the family – human or non-human – is ever left behind

Last year 1.9 million women aged 16-59 reported suffering domestic abuse since the age of 16. Two women a week are murdered by their partner or ex-partner and 30 men were murdered last year as a result of domestic violence. 25% of domestic abuse survivors returned to an abusive partner out of concern for their animals. In a fifth of homes where animals suffer cruelty, there is a high risk of domestic abuse. In violent and abusive relationships, companion animals are often threatened, injured or even killed by the perpetrator to maintain control over their partner and children; or to intimidate them to remain in, or be silent about, their abusive situation. One of our surveys revealed that 94% of women living in refuges said that the availability of a pet fostering service would have made it easier for them and their children to escape the violence. Over 50% had no option to permanently give up their animals before going in to temporary accommodation.

The pet service comprises a network of experienced volunteer pet foster carers who are supported and advised on specialist animal care as required. All fostered animals are visited and monitored on a regular basis to ensure they are receiving the highest standard of care.

Winston’s story
We received a referral from a refuge in Lancashire for a lady who had been assaulted a few weeks earlier by her ex-partner; she had fled her home and was sleeping in her car with her dog Winston.

The police came across her after they received a report of a suspicious vehicle in a country park. The police officer found “Claire” looking very dishevelled and mal-nourished. She had been spending what money she had on food for Winston and petrol to keep moving around.

The police officer spent time talking to Claire and looking into her situation and accompanied her to a homeless welfare and managed to find her a refuge space in another town.  Claire was delighted by this but was adamant that Winston was not going into kennels; they were lifelong buddies and she was more worried about him than herself.  Claire drove to the refuge telling the housing professionals that she would leave Winston with a friend. She didn’t, but took him with her, and the refuge staff came across him the next morning after the car windows had steamed up with condensation.

They spoke to Claire, who wanted Winston to “live” in the car. They were very clear that this could not happen and called us.   We were able to foster Winston the next day and, despite his ordeal, he is a very happy boy who settled well into foster care.   His foster carer adored having him and woke up on the second morning to find him sharing her bed under the duvet with his head on the pillow! This was a short term placement, and after only 4 weeks Claire accessed a private rented property and moved in, which made this a short but very necessary placement, and without our ability to take in Winston to allow her to access support and help, the way Claire’s health and lack of money was going, it wouldn’t have been long before she found herself in a more acute crisis then she already was.

Winston and Claire are now settled and moving forward in their lives.

How friends can help – All details are on our website: www.endeavourproject.org.uk 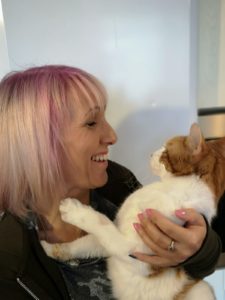 We receive no funding for this service and rely on one-off grants, our own fundraising and donations from our amazing supporters who help us to keep these much-loved family animals safe until they can return home.

Gifts of money, no matter how big or how small, regular or one-off, are precious for the continuation of our service.  Just think…

Other ways to help...