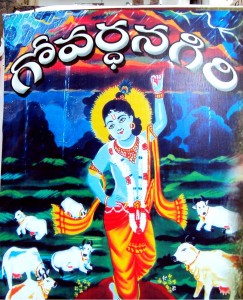 Krishna and the cows

Pradeep Nath, President and Founder of Visakha Society for Protection and Care of Animals (VSPCA) has been fighting since childhood to rescue the cattle of his area from being taken away illegally for slaughter.

Between November 7th and 11th 2009, an intervention was made to prevent a truckload of cattle from going to an illegal slaughter house.  With the help of media and other people via an interim measure, VSPCA got them to the Municipality, where rescue efforts – special feed, water and medical treatment was provided.

With further legal action, all 18 cows and bulls will eventually be housed at the nearby Simchchalam Goshala (cow sanctuary), as VSPCA shelter currently is overcrowded and fighting an outbreak of Hoof and Mouth Disease.

Pradeep Nath is also a lawyer and, if all the bulls are not released into safe custody, another court order will be filed. 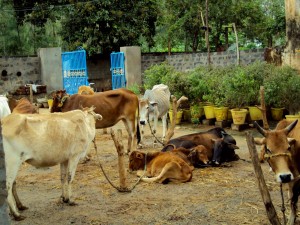 We thank Pradeep Nath and Eileen Weintraub, Visakha‘s representative in the United States, for their compassionate and effective work  for the animals.