‘Animals are the mystery of the nature’ – Learning from Young Quakers

I bring greetings from the 23rd annual Central European Gathering of Friends, from across 12 countries in the region – the CEG, which recently met from 12th to 15th April 2019, for the first time in the beautiful, friendly country of Slovenia, my adopted homeland.

Also for the first time, we held a children’s programme for the 15 youngsters present aged 3 to 15, all with English as a second or emerging language. And our common theme 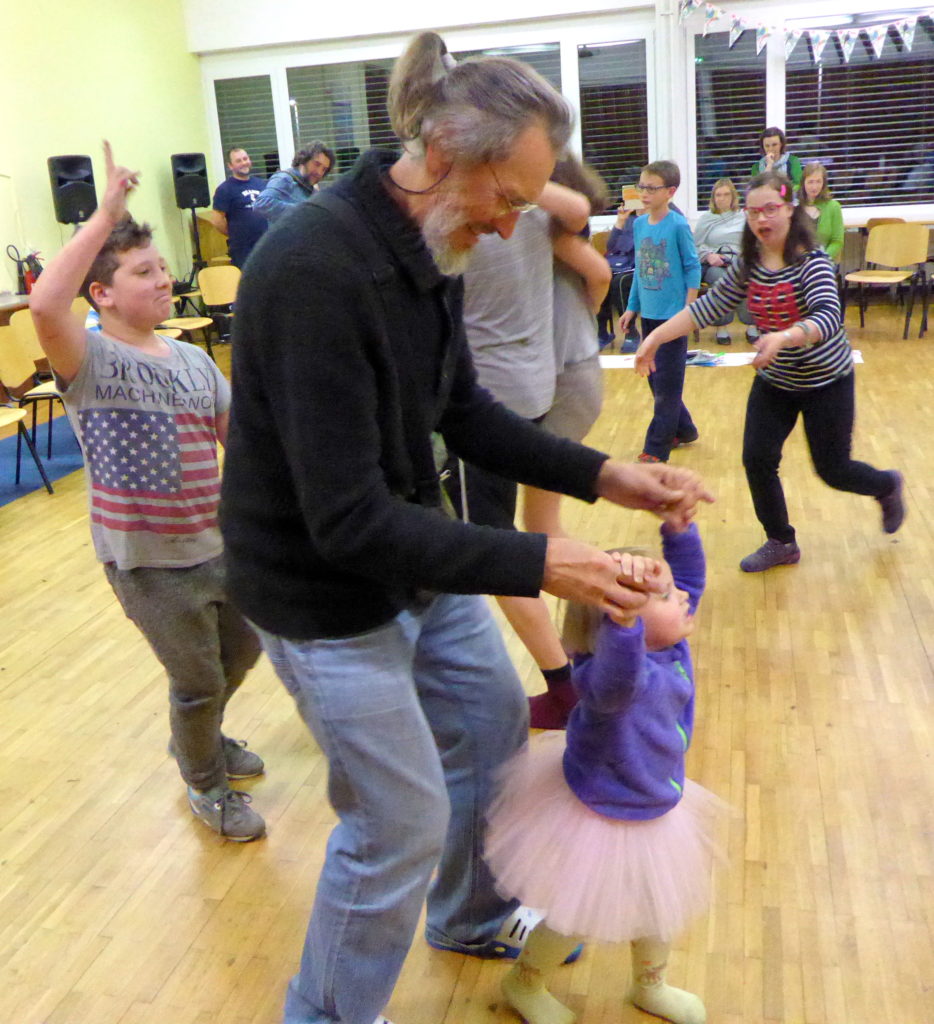 centred around our Quaker concern for animals.

The first thing that happened a year in advance, was the young people were asked what they wanted to happen this year in their programme? What themes they wanted to explore, what activities and issues? And then we built a programme around this.

Their request for animals became the overarching theme for the whole gathering, under the title: ‘Our connection, care and concern for animals’.

Sessions included songs, personal stories and legends, animal puppet play, painting, clay work and games. Some of these were all age and many included a specific Quaker element or reflective activity. We even coined the term Qanimals! 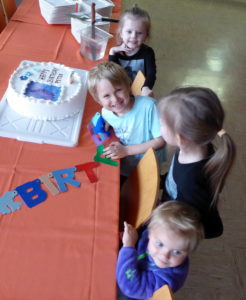 Here’s a sample session from the CEG inspired by our Advices & Queries number 19 – sharing beliefs and insights with children and young people:

Another remark from the session, came from a boy who chose the photograph of chickens. He mentioned how when he heard a cockerel calling out of the silence, at any time of day, it woke him up. He didn’t refer specifically to the words on his postcard, ‘Be honest with yourself. What unpalatable truths might you be evading?’ But his comment might easily be interpreted along similar lines. These words combined with the image of chickens may indeed be a wake-up call to anyone struggling with the dilemma of consuming animal products. (What unpalatable truths…?)

Which brings me to my final thoughts as we here at IYM are fast approaching lunchtime and the question of food, not overlooked at our own gathering around a concern for animals! 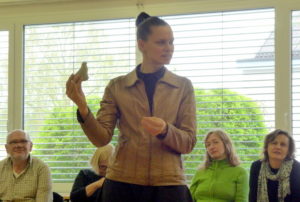 So, another first at the CEG in Slovenia was that all meals were vegan, with an occasional vegetarian option. This decision came out of a sense of wishing to celebrate integrity and community on an interspecies level, and our joyful mealtimes gave us an opportunity to do just that.

Living as I do now, in the heart of mainland Europe, I am witnessing how veganism is a growing enthusiasm and reality among young people across the region, Quakers or otherwise. And I am joyfully struggling to get on board. I share the vegan philosophy but the practice ain’t so easy!

However, it’s one issue that touches everyone, every creature, the whole planet.

And I continue to ask myself, how am I in touch or out of touch with THE issues that will shape our young people’s future? 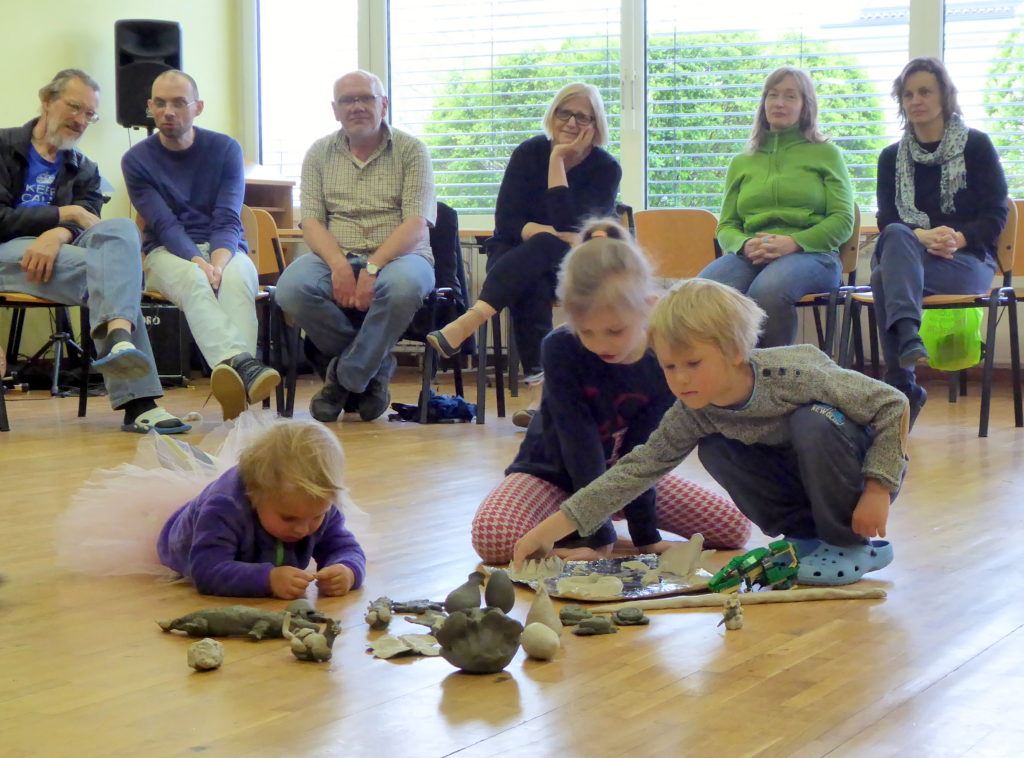 I believe there is a place for teaching Quaker values to young people; our testimony, history and ways of worship. But there is an equally important place (to again quote from Advices & Queries 19) for, ‘learning from them,’ for, ‘leaving them free to develop as the spirit of God may lead them.’ And consequently to be open to following in their young, wise and tender footsteps.

Each generation is graced with fresh gifts and insights that reveal the spirit’s unfolding mystery. Are we ready to listen and receive? 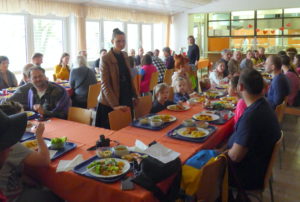 Let us offer the last words to the young people themselves. In their visual epistle presented during the final evening of our CEG, via a hand puppet meeting of Qanimals, were written the following words: ‘Animals are the mystery of the nature… We are animals too… Animals bring us joy, so let us bring joy to them!’

Jasmine Piercy is a British Quaker living in Slovenia. She is a Woodbrooke Associate Tutor and serves as an elder and facilitator for the Friends network around the world. She previously coordinated the Quaker Voluntary Action working retreats programme across Europe and has a background in education and the arts.