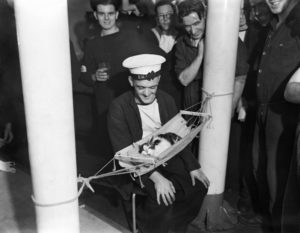 The Quaker Testimony to Peace leads many Friends to protest against wars and other types of violence against people.  Whilst many Friends have included other species in their concern (e.g. Woolman, Ley etc.) QCA, established in 1891, focussed the peace testimony to a concern for animals suffering in experiments for the benefit of humans. Currently many Friends have interpreted it to become vegetarian/vegan as a protest against violence against animals in farming.  And so, when Animal Aid initiated the purple poppy campaign to commemorate animal victims of war in 2006, many Friends engaged with enthusiasm: wearing the purple poppy alongside a white and/or a red poppy was close to our hearts.

However, since 2006 things have changed.  Since 2016, purple poppies have been used by organisations such as The Warhorse Memorial and Murphy’s Army to benefit military as well as animal charities. The focus of these charities leans towards the military which may not be comfortable for many Friends.  Animal Aid were so concerned that they dissociated themselves from the purple poppies because they believe that animals killed and injured in war do not knowingly sacrifice themselves. Rather they are exploited in the human activity of war.

Animal Aid has replaced the poppy with an enamel paw badge that commemorates all animal victims of human exploitation in “intensive farming, animal experiments, in blood sports, horse racing, zoos and circuses, or in war.”  The badges, and an explanation of the development are available from the Animal Aid website https://www.animalaidshop.org.uk/accessories/purple-paw-badge

Animals are chosen, trained and sacrificed in various roles

Forced to serve, non-human animals are valued and commemorated as heroes in their contribution to human wars.  Animals 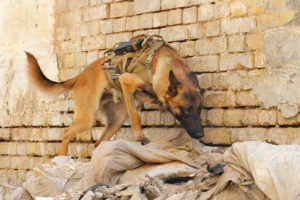 of all kinds are treated as military equipment and ordnance that is utterly disposable, in just the same way as any other military property or ordnance.  Few are ever returned to civilian life, war after war; it’s much cheaper to euthanise or abandon them on foreign soil. They are subjected to the horror of war whilst unable to understand it.  The loyalty, faithfulness and obedience of dogs and horses for example are exploited to save human lives whilst frequently losing their own lives; animals considered untrainable are killed. The scale of non-human destruction is shocking: in World War 1 alone some eight million horses perished (Johnston).  There is something really shocking about the use of animals we call pets as disposable ordnance of war. We bring into our homes and give them our love and accept theirs; we have made them dependent through an evolutionary process that made them our companions and then we shanghai them and put them in danger in the visceral horror of the battlefield    By commemorating them as heroes humans justifies the cruelty of training them to be blindly obedient in circumstances from which they would normally flee. Paying tribute to animals as heroes necessarily them.

That humans then want to recognise them is understandable but when we heroise them it is the worst kind of anthropomorphism, ingenuously glorifying heroic attributes such as patriotism,and democracy and telling ourselves and each other that they have knowingly put human lives first. Non-human species cannot and do not know they are acting heroically;  their innate loyalty does not mean that they understand concepts like nationalism, patriotism, bravery, courage and sacrifice. Animals are merely exploited in the cause of war. We, as Friends, need to be very careful how we remember them: as victims not heroes. 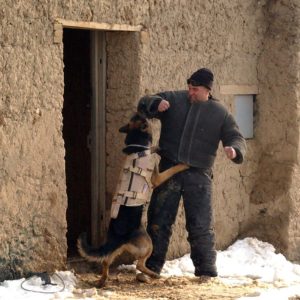